Samuel Beckett and the Silence of the Work 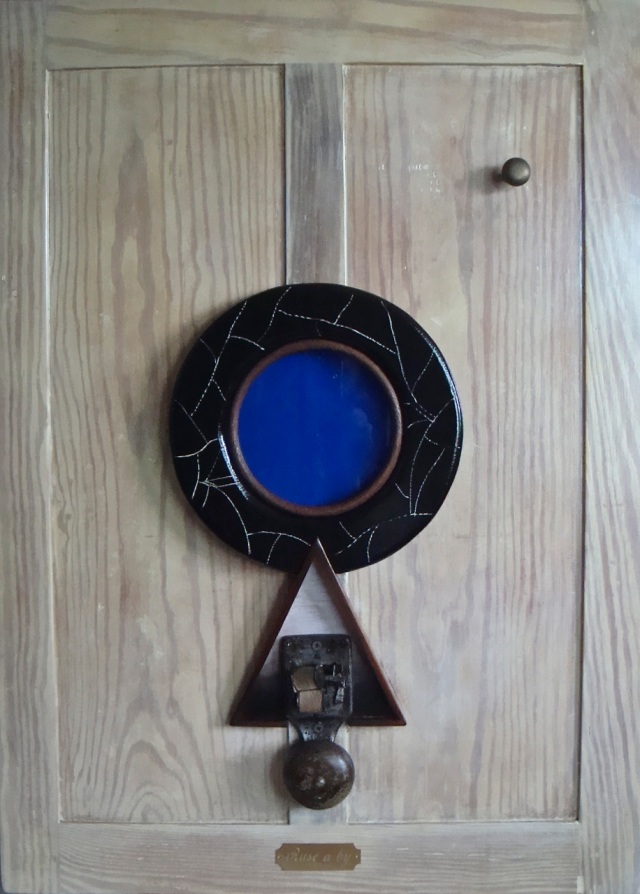 Ruse a by, salvaged wood and found objects

Next month I’ll be exhibiting some of my artworks (more on that soon) and was asked to write about the connection between my visual art and my writing. Those words are the basis for this post which happily coincides with Samuel Beckett’s birthday.

For me, one of the great pleasures of visual art is that it takes me out of words. And so, generally speaking, it is not informed by my writing (or, with a few exceptions, by the writing of others). I am, however, always interested in stimulating thought in viewers, which might involve discourse. But these discourses, whether of conversation or of a formal type—like criticism or an artist’s statement—keep their place parallel to the artwork, which resides in silence. I find that silence very beautiful.

Sometimes I like to pair an image with a poem to see how they resonate off of each other (here is an example). But I am not much interested in illustration—in which an image is subordinate to or dependent on a text—as I am in a pairing of image and text in which both maintain their own sovereignty while, together, creating an abstract realm of correspondence in the viewer/reader’s mind.*

Ruse a by is an exception. This piece was inspired by the novel Watt by Samuel Beckett. In the novel a fellow named Watt is working as a servant in a large house when he is troubled by the recurring sound of a bell. He traces the sound to the room of a coworker named Erskine. Driven by an irresistible curiosity, Watt finds himself before Erskine’s locked door, unable to enter. Strangely, it never occurs to Watt to ask Erskine about the bell, and despairing of ever getting inside the room, Watt murmurs the phrase Ruse a by:

Ruse a by, he said, and as he said, Ruse a by, he blushed, until his nose seemed a normal colour, and hung his head, and twisted and untwisted his big red bony hands.
–Watt by Samuel Beckett, Grove Press, 2006, p 272

Like magic the door opens and Watt sees a bell, but it is broken. He sees a painting too, hanging on the wall. Beckett describes this painting in detail. Throughout the years I have tried many times to recreate the image that Beckett describes, always failing, eventually suspecting the author had described a thing impossible to see in reality. Gradually I allowed myself to make modifications to Beckett’s description until I came up with something that satisfied me. I might point out that Beckett’s work also points toward silence. After applying a laborious inner dialogue of rigorous logic to the problem of understanding the painting, Watt falls, weeping, into ineffability. A magical nonsense phrase opened a door to this art only to leave him in a cocoon of silence.

*An exception to this is my illustration for Linda Simoni-Wastila’s beautiful story, The Abridged Biography of an American Sniper.

For readers of this blog I’d like to add that I typically write in the margins of my books. But some writers evoke a different response: 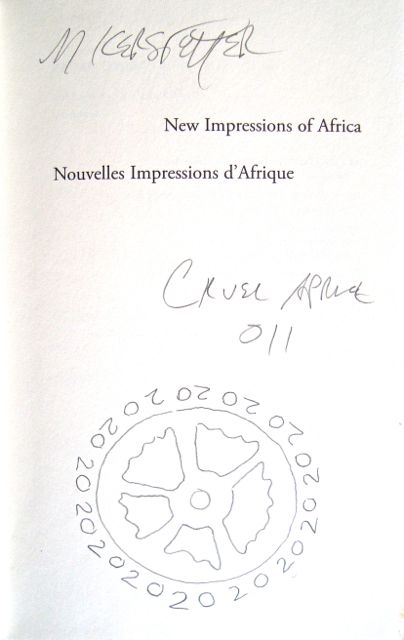 Title page of New Impressions of Africa by Raymond Roussel 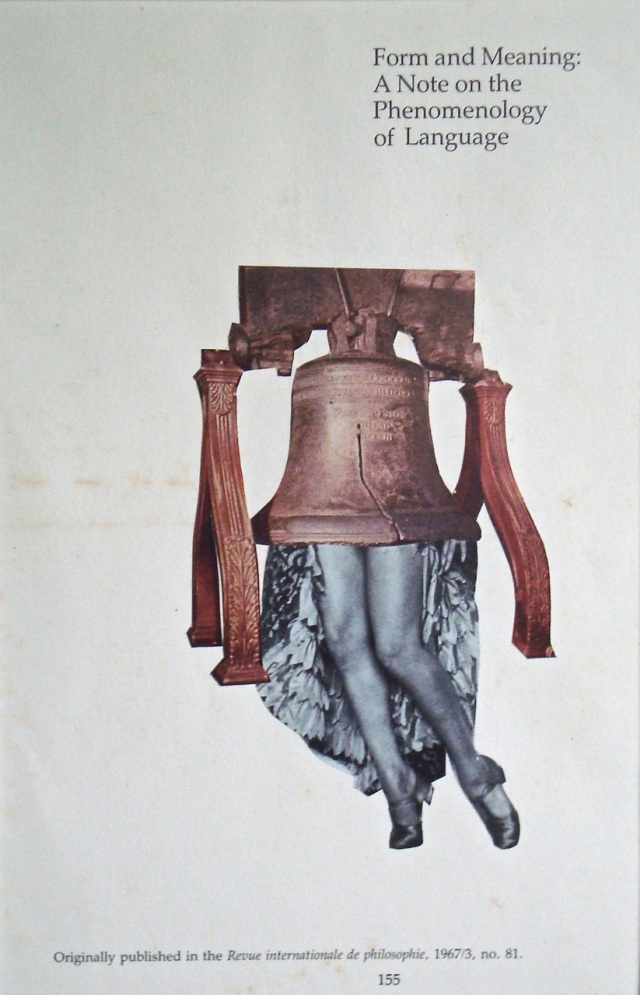 Mark Kerstetter, Form and Content (collage on page 155 of Margins of Philosophy by Jacques Derrida)

4 Responses to Samuel Beckett and the Silence of the Work